The task of the project was to redesign the heraldry of the Amadei family, according to the rules of logo design.

The starting point was the family’s blazoning:

Azure, with two counter-rampant lions,
facing a monstrance or
resting on three mounts of the same.

Therefore, action was taken by unbundling and synthesizing the elements:

Six elements, as six are the letters of the surname Amadei.

The stars and mountains thus become a heraldic language in code, going to conceal – and reveal – the letters of the surname. 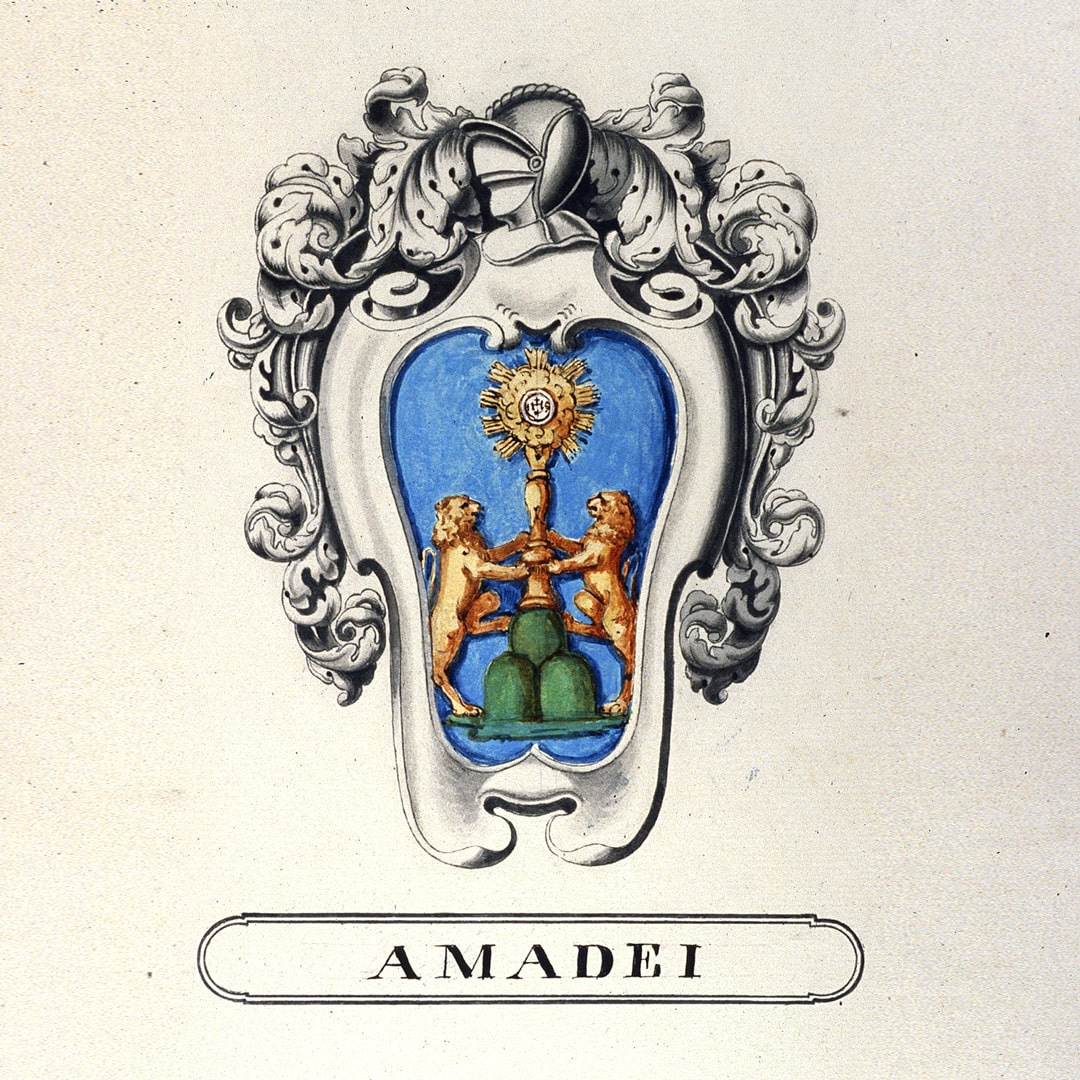 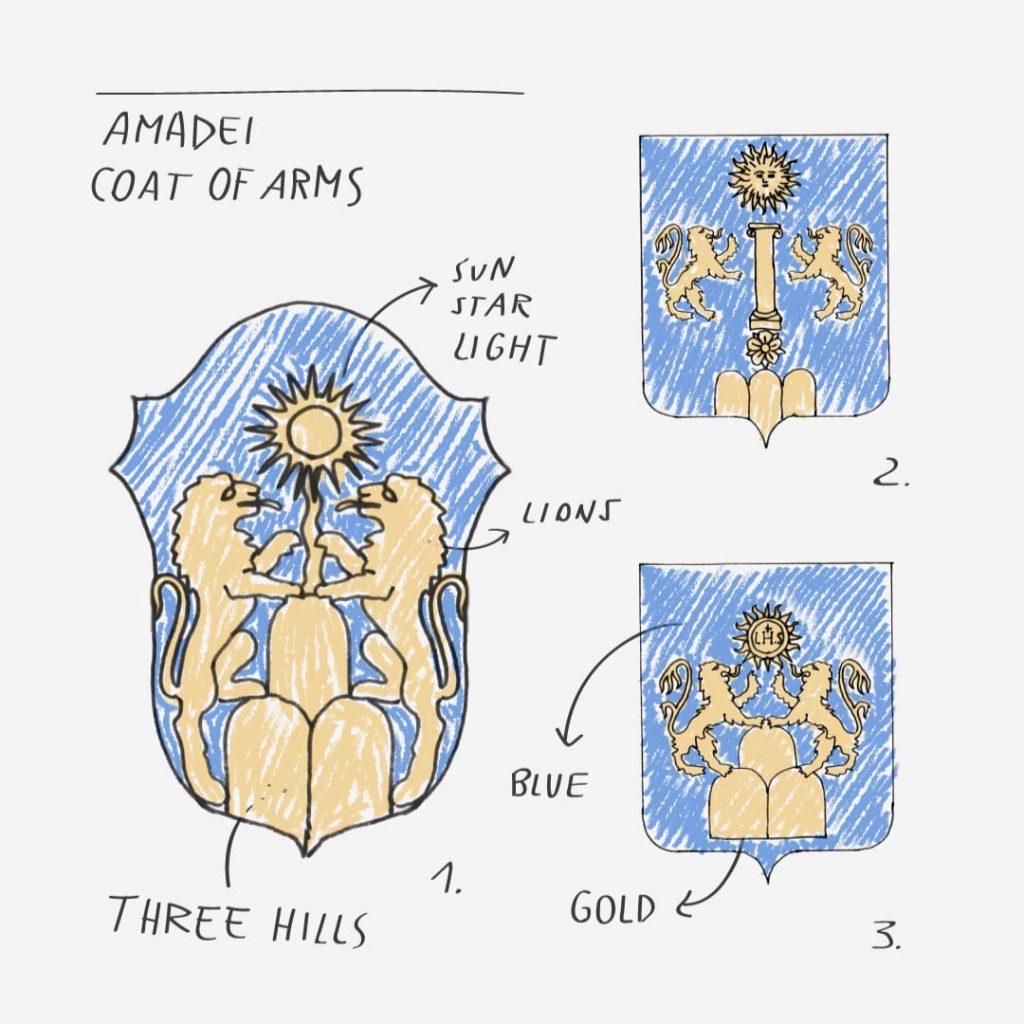 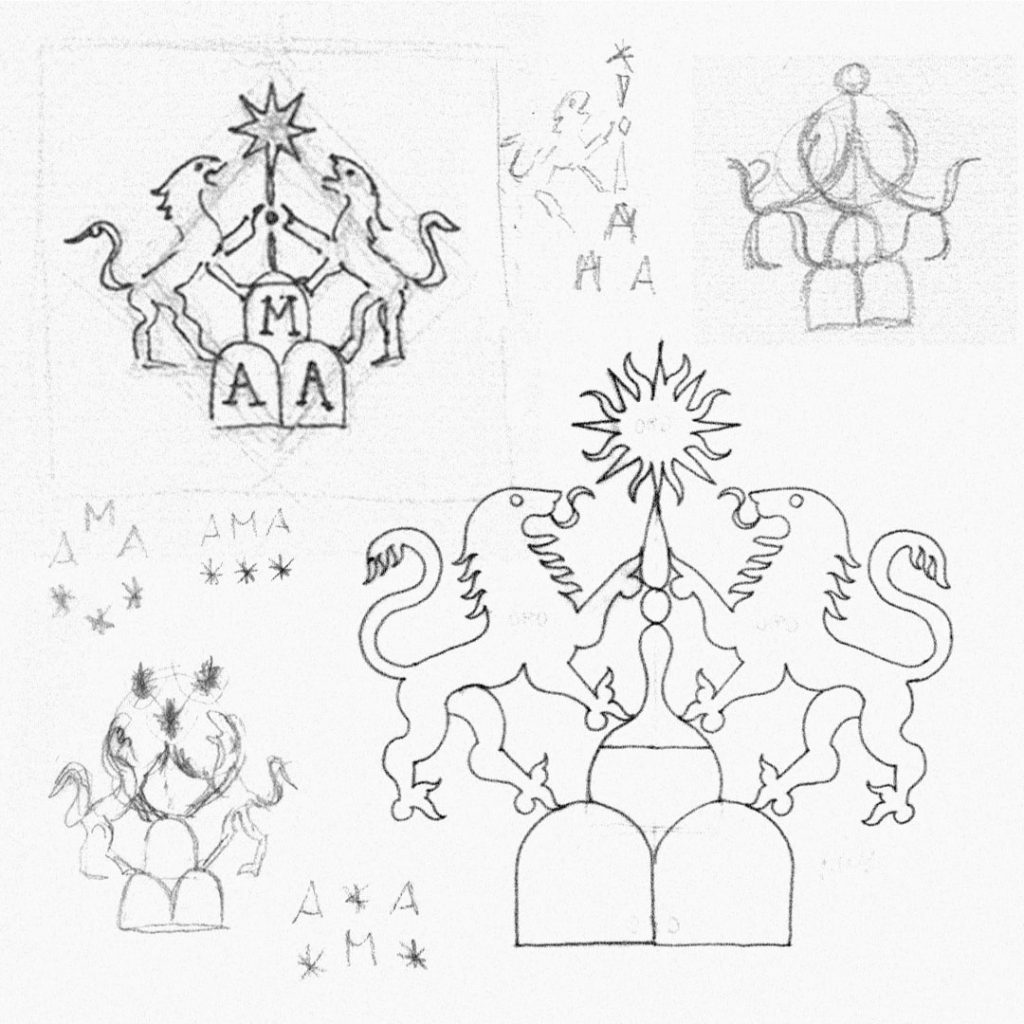 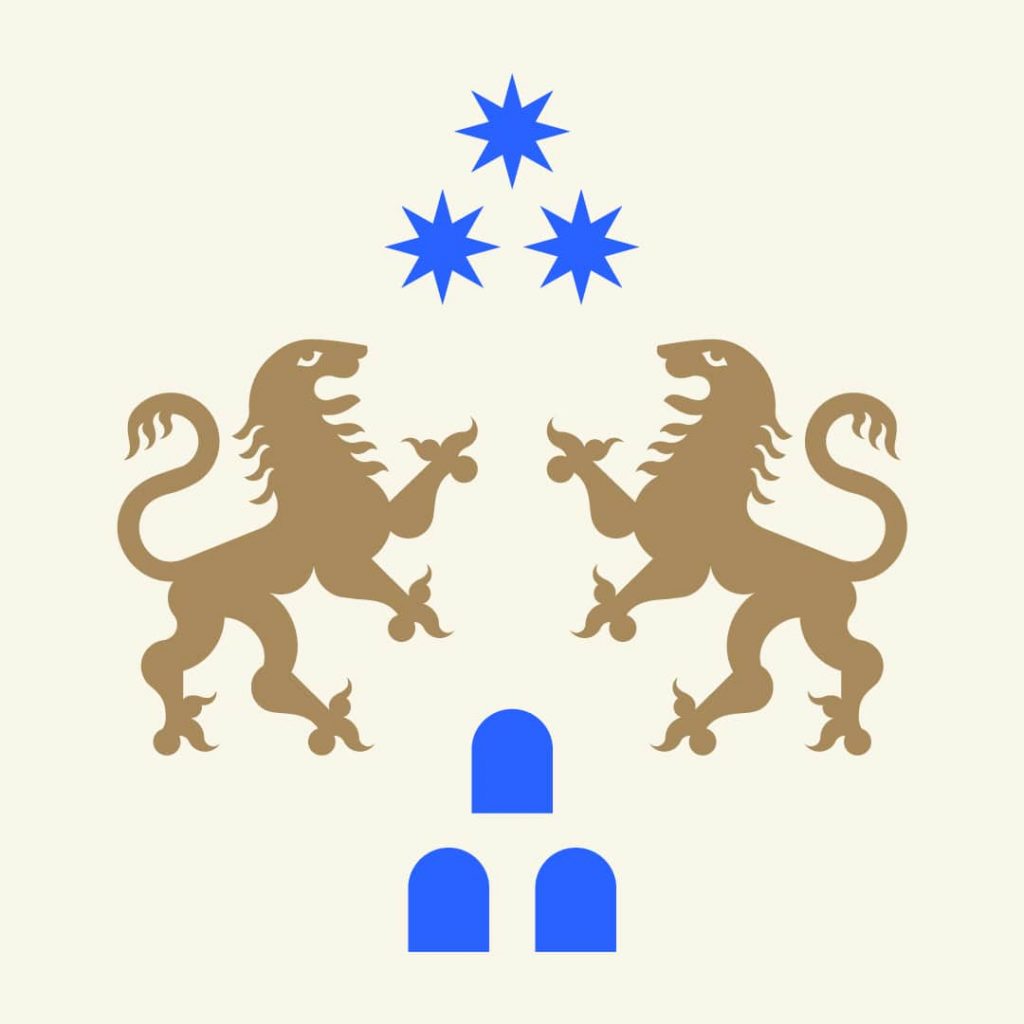 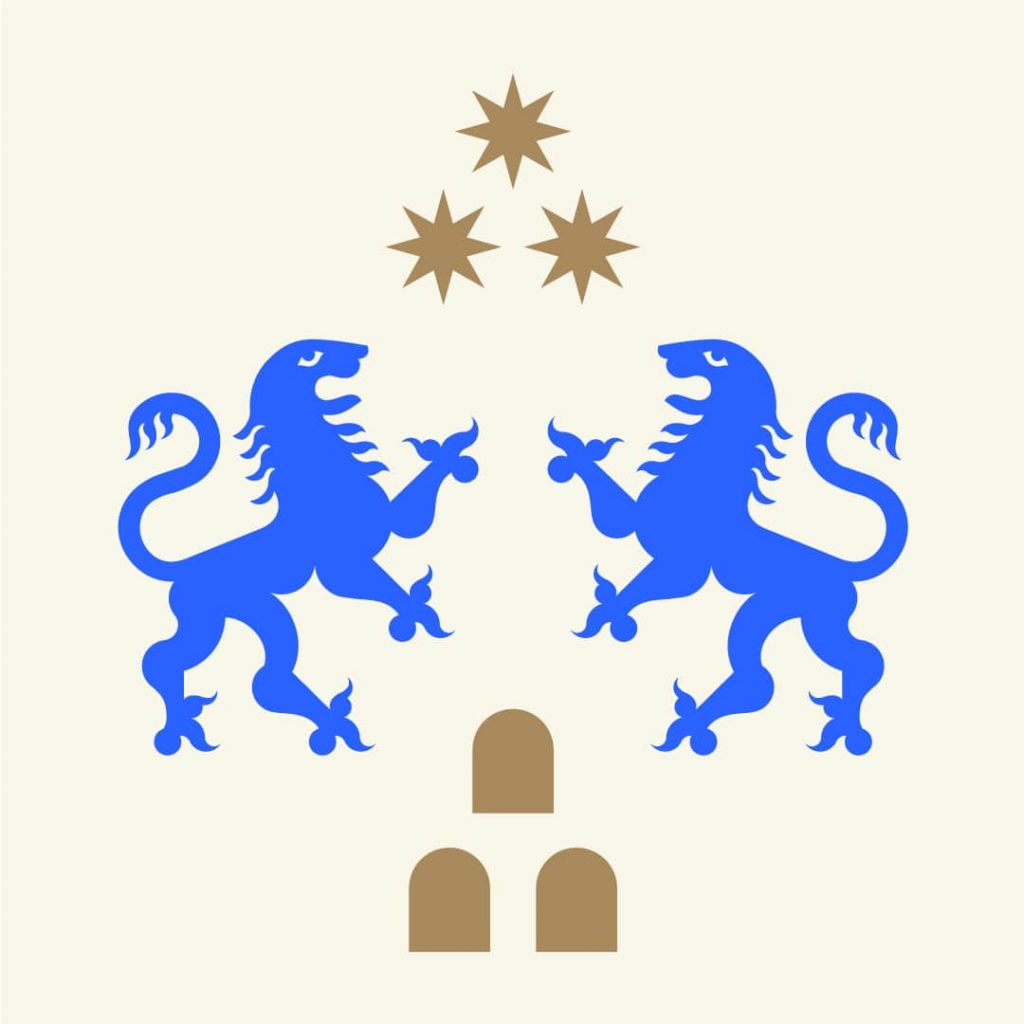